FREE WORKSHOP and $20 Coupon for Attending!!

Why Learning Is Not Just

Have you met Annette?

Please call Annette to schedule your appointment at 720.988.4862
annettedonaghy@mac.com

Annette is a Licensed Professional Counselor who has been in practice since 1984. She has offices in both Denver and Boulder.

Annette is trained in a variety of therapy modalities including Imago and John Gottman couples therapy, body-centered psychotherapy and Gestalt therapy. She has training in Peter Levine’s work and Associate Awareness Technique which are very powerful techniques for healing trauma and other energy blocks.  She also utilizes EFT which is a simple, self-applied technique of tapping on acupuncture meridians to conquer negative beliefs and emotions, addictions, prosperity issues, fears and phobias. Annette has extensive experience in the HCG weight loss program which offers the ability to permanently lose and maintain weight. She is also a Certified Enneagram Teacher. The Enneagram is a powerful and dynamic personality system which blends ancient wisdom with modern psychology. In addition to private practice, Annette has worked as a consultant and therapist for a variety of eating disorder and drug/alcohol treatment programs and as a senior family therapist for wilderness therapy programs.

Annette believes in the profound ability for all of us to change and live our best lives. Compassion and a sense of humor are essential parts of her treatment approach.

Annette is a Colorado native who lives with her husband in the mountains west of Boulder. She is an avid kayaker, hiker, skier, scuba diver and loves to garden, read and travel. 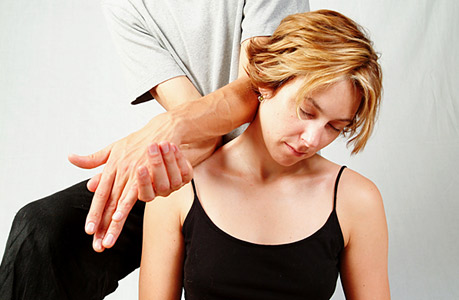 AND SAVE A BUNDLE!!!

Josh’s life work has revolved around his passion for understanding how people learn with their whole bodies and improving our education system based on this understanding. For over 15 years, Josh has worked with students, parents, educators, schools, and nonprofits building avenues for meaningful student and parent involvement in schools and communities. Josh completed his master’s degree in education from the University of Denver in 2004. During this time, Josh became licensed in Brain Gym® or educational kinesiology and Thai Yoga massage.

Josh has utilized movement-based education to help children and adults improve their focus, motivation, and academic and physical skills. Josh also worked with small and large groups to create dynamic and productive strategic planning sessions, focus groups, and collaborations. Josh believes that educational kinesiology is an avenues to understanding ourselves, which enables us to be truly self-directed in our learning and our lives.

In 2004, Josh traveled to Thailand to study Thai Massage with Master Pichest Boonthume. Pichest inspired Josh to begin a meditation practice, which has led to a deep connection to Tibetan Buddhism. Josh completed his massage certification at Denver Integrated Massage School in 2011, where they emphasized Thai Massage in addition to table massage. Josh brings his complete presence to his massage sessions. In addition to being meditative and relaxing, Josh’s massages are strong and effective. Married for over 10 years and a father of three, Josh enjoys being with his family (especially outdoors), basketball, yoga, and meditation. Combine quinoa with a large pinch of salt and 2 cups of water in a medium saucepan. Bring to a boil, then reduce heat to a gentle simmer. Cook, stirring occasionally until until the grain is tender. If there is some water remaining, carefully strain the quinoa. Let cool slightly.

Meanwhile, peel the sweet potatoes and dice into 1/2 inch or smaller pieces. Cover with water in a medium saucepan, add a pinch of salt, and bring to boil. Cook until tender, approximately 15 minutes. Drain well and cool slightly.

Toss together the potatoes, quinoa, bell pepper, onion, olive, avocado, and cilantro. Whisk the oil, lime juice, and chili powder together then toss the salad with the mixture. Taste and adjust salt and pepper seasonings. Garnish with cilantro and grape tomatoes. Serve warm with tortilla chips.

Note: If you have a baby, six months or older, at home, this makes delicious baby food too! Reserve a small portion of cooked quinoa and cooked sweet potatoes. Puree with one or two tablespoons of milk and serve.

In the last two decades, movie star Robert Downey Jr. has achieved good health and he credits it all to Traditional Chinese Medicine. Downey spoke about his gratitude for the ancient medicine while being honored for his advocacy with the Robert Graham Visionary Award in March.

The award was presented by Yo San University founders Daoshing Ni and Mao Shing Ni in a small ceremony at the Malibu home of philanthropist Lilly Tartikoff.

The emcee for the event was Brenda Strong, an actress who was on Desperate Housewives, and is currently in the new Dallas series.

Downey, who has starred in countless blockbuster hits including most recently Sherlock Holmes, Iron Man and The Avengers, has become and advocate for TCM which he says has had a profound impact in all areas of his life for many years.

During his award presentation, Downey entertained a crowd of 200 people with wit and humor while receiving the award.

Yo San University Co-Founders Dr. Daoshing Ni and Dr. Mao Shing Ni with Robert Downey Jr. “[When they called to tell me about the award] I thought about it and I said, well wow, ‘Do I really qualify for this?’ and it only took a second for me to say ‘Robert, you deserve this as much as anyone,'” joked Downey.

“I confess, that I am as close to being a Chinese-American as any Caucasian ever could be in his life. I awoke to my Qi Gong practice this morning, Guarding the Eight Treasures, I did some Mook Jong wooden dummy drills in preparation for my black belt grading at the LA Wing Chung Kung Fu Academy, and I then took my, get ready, my herbal formula, and then ate a seasonally appropriate meal. And all before 1:30 PM.”

Jokes aside, Downey went on to speak highly of Traditional Chinese Medicine and the difference it made in his life.

Truth be told, every discipline that I have employed that has its roots in the Chinese tradition has worked, and that’s what I’m really drawn to, it’s the way is the way is the way, and when things work, they are really worth putting your time and energy behind,” Downey said.

“It’s contributed to making me a more tolerable father, and son, husband, co-worker, and according to the title of this award, visionary. ”

The Robert Graham Award is named after the late Robert Graham, a dedicated trustee of the university and advocate of traditional Chinese medicine.

Dr. Mao Shing Ni who has treated Downey said there was no question about giving the award to Downey, who has been a great example of what Traditional Chinese Medicine can do.

“What he has done as a spokesperson for Chinese medicine and from the perspective of where he was health wise to where he is today, it has been very positive for him and that is why he is here to support our event,” said Dr. Mao Shing Ni.

In the spirit of honoring Downey, the event featured an auction of several unique items, some of which were used in many of Downey’s movies.

There was a pipe and an auction paddle, which he used in Sherlock Holmes, and a racing suit with a helmet from Iron Man 2, among other items. All proceeds went to benefit various programs at Yo San University, a non-profit organization, focused on the spiritual and professional growth of TCM students. The programs at the school provide the community with an integrative medical care model and services.

“I don’t want people to think it’s about deprivation. It’s about being aware of the food so that you experience the flavors and are actually nurturing your body.”

Buddhists have been practicing mindfulness — being fully aware and in the moment — while eating for thousands of years. But in recent times, these principles have entered culture and medicine. The Center for Mindful Eating, a national nonprofit organization backed by doctors, psychologists and nutritionists, seeks to educate the public that how you eat is as important as what you eat. Slowing down and eating without distraction can help fight stress, overeating and indigestion, and is particularly useful for diabetics and cardiac patients, said Buckley.

Eating healthy is not as expensive as previously thought

A USDA study revealed that individuals tend to consume fewer calories per dollar with healthy food than with junk food, but can get more food with healthy options when based on price per weight or price per food portion. Unhealthy food often is made up of empty calories, which leads people to eat more without feeling full, the lead researcher said. Click the link to read more- The Wall Street Journal/Dow Jones Newswires

– A Denver-based company has come up with a way to re-use billboards and make them into something you can use at home.DENVER